The 125 Duke is an affordable KTM but it is a tad bit expensive compared to other 125 CC bikes.

Does that mean that one should not buy it!?

That is not the case as the KTM Duke 125 is a performance motorcycle! The bike was unveiled back in late 2018. The major cosmetic update of the bike took place in 2020. The latest iteration of the bike entails quite a few electromechanical upgrades. In case one is wondering whether they should buy the bike then read on!

The following sections will highlight a few attributes of the motorcycle that will surely convince anyone to choose this bike.

From the get-go, it is apparent that the Duke 125 is a small displacement motorcycle. But the latest version of the bike changes that image of this bike. The KTM designers added visual elements to the bike that makes it appear a bit bulky. The revised design language enables the 125 CC Duke to look similar to its 200 CC sibling, the Duke 200.

The design of the fuel tank equipped on the bike is muscular. The tank shrouds that flank the fuel tank on both sides are impressively designed as well. The rear section of the bike has a stubby look. The reason is that the Trellis frame is re-engineered.

The bike now has a sharper-looking front headlight unit. It is equipped with an integrated LED DRL. The turn indicators on the bike along with its tail lamp unit are all LEDs.

The bike is known for its semi-naked streetfighter looks. The KTM designers kept this design attribute unchanged. They did that by keeping the subframe of the bike partially exposed.

KTM offers the Duke 125 in two dual-tone paint schemes. Whichever colour scheme one chooses, the Trellis subframe will always have a different colour. KTM designers also revised the overall design of the body graphics used on the motorcycle.

In a nutshell, the latest version of the bike looks way more mature than its previous iterations, to be honest!

The Duke 125 is a feature-loaded motorcycle.

According to the official KTM bikes price list, the bike entails a sticker price of Rs. 1, 89,043*. At this price, KTM is offering a feature-loaded, ready-to-race bike. Hence, it is no wonder that it is one of the best-selling 125 CC motorcycles in India!

The riding triangle is aggressively designed. It means that the rider would have to sit with an aggressive stance. One would have to bend forward to reach the raised handlebar. The rear set footpegs, paired with the overall ergonomics of the motorcycle add to its raw streetfighter character.

The latest iteration of the bike offers ample inner thigh support to the rider. The seats are redesigned as well. They now come with extra padding and contours. These attributes make long rides comfortable for both the rider and the pillion rider.

It Has An Amazing Engine

The bike is equipped with a 124 CC, BS6-compliant engine. It is a single-cylinder, fuel-injected, liquid-cooled unit. It is mapped to produce 14.3bhp of peak power. The peak torque output of the motor is 12Nm. The overall performance of the motor can be plotted with the help of a linear graph. This attribute of the bike makes it ideal for new riders.

The mid-range of the motor is where one can have some fun. The motor is rev-happy which is why it entails a 9500 RPM redline! Riders can cross the 100 KMPH mark and reach the electronically limited 112 KMPH top speed in no time. The smooth-shifting six-speed transmission with precise gear ratios allows one to make the most out of the 125 CC engine.

It is a well-balanced, aggressively priced, feature-loaded bike. Hence, buying this motorcycle is a winning move! 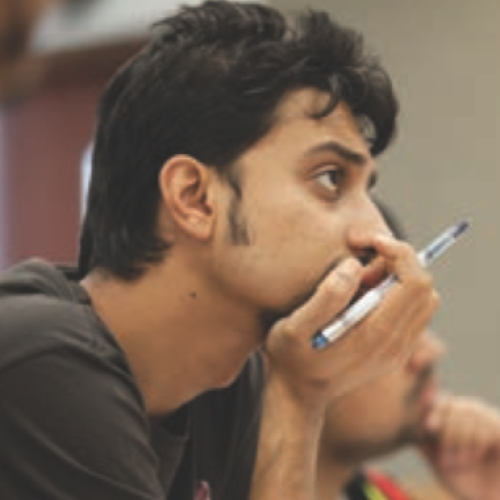 7 Historical Places in Chennai Nobody Will Tell You

Social Media Marketing for Franchises is Meant for Women

Mobile Marketing is Said to Be the Future of E-Commerce